NK cells are the first line of defense (innate immunity) among immune cells.

NK cells detect and immediately remove abnormal cells such as cancer cells, virus, and
infected cells since they have various receptors that can recognize abnormal cells.

The Functions and Importance of NK Cells

NK Cell Activity and its Mechanism 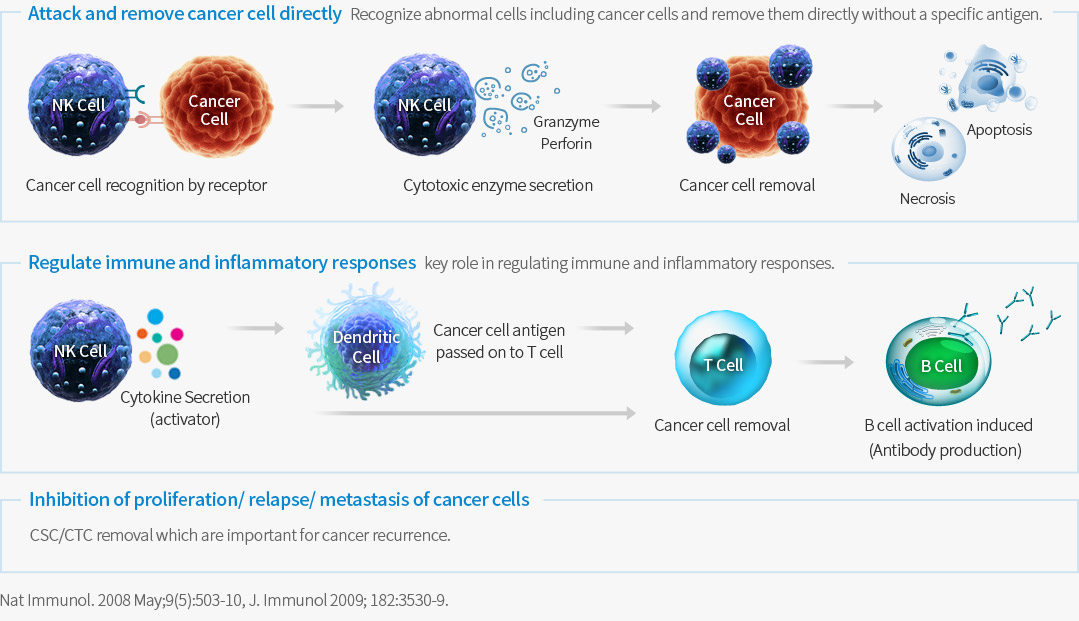 In our body, there are more than 5,000 abnormal cells such as cancer cells, growing and dying every day. NK cell is the only cell that recognizes and attacks cancer cells. It can inhibit proliferation of cancer cells and prevent recurrence. The importance of NK Cells and the correlation between them and cancer has been widely documented since the early 1980s. It has since been proven that the activity of NK cells is more significant than the number of NK cells in our immune system’s fight against cancer cells. As a result, research about NK cell activity is being conducted world-wide.